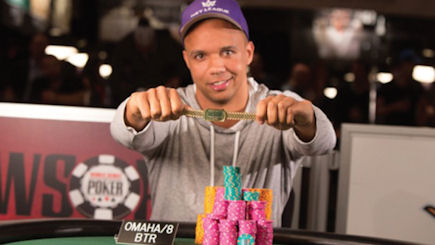 There have been some magnificent achievements at the poker table over the years. Phil Hellmuth’s record 11th WSOP bracelet win which was quickly followed by his 12th and 13th springs to mind. Also Johnny Chan winning the WSOP Main Event two years running and almost making it three the next. And winning poker’s triple crown of a WSOP bracelet, WPT title and EPT title – a feat only five players have achieved. These are all stunning feats.

But do any of them compare with the accomplishment of Mark Newhouse this year in reaching his second consecutive WSOP Main Event final table? Newhouse isn’t the first to reach consecutive final tables – Johnny Moss, Doyle Brunson, Stu Ungar and Chan all won back-to-back titles. But none did so against the massive fields the world’s most prestigious event boasts these days. Consider this. The last player to make back-to-back final tables was Dan Harrington in 2003 and 2004 and came in fields numbering 839 and 2,576 respectively. The biggest field Moss, Brunson, Ungar or Chan faced in any of their winning years was 167. But Newhouse has reached consecutive final tables against fields of 6,352 in 2013 and 6,683 this year – a truly stunning performance.

The 29-year-old is also well placed to improve significantly on his ninth-place finish last year when the November Nine return to play down to a winner on 10 November. Currently third in chips with 26 million, he will no doubt have his eyes on the huge US$10 million first prize although the man to catch is Dutch player Jorryt van Hoof whose stack of over 38 million represents almost 20 percent of the chips in play.

While Newhouse provided the story of this year’s WSOP, there were some other big names making their presence felt across the 65 bracelet events – none moreso than the great Phil Ivey who became just the fourth player to win 10 career bracelets with victory in the US$1,500 Eight Game Mix. He joined Brunson and Chan in double digits with the three of them locked together behind Phil Hellmuth and his record 13 bracelets. Hellmuth came incredibly close to winning his 14th this year, too. In Event 7, the US$1,500 Seven Card Razz, he entered heads up play against fellow veteran Ted Forrest holding a 2 to 1 chip lead but couldn’t quite get the job done as Forrest came back to win his sixth WSOP bracelet.

Other notable results included 2009 Main Event champion Joe Cada winning his second bracelet in the US$10,000 Six Handed event, snapping a hoodoo that had seen no former Main Event champ win another bracelet since 2003. Vanessa Selbst further pressed her claims to the title of world’s best No Limit Hold’em tournament player by winning the US$25,000 Mixed Max event, while online gun Daniel Colman topped a field of 42 players to win the US$1 million buy-in Big One for One Drop – although his refusal to conduct any media interviews afterwards certainly hasn’t endeared him to many in the poker community. Barely a week after the November Nine disbanded for their four month hiatus, another significant event took place much closer to home with the inaugural Beijing Millions. Traditionally it hasn’t been easy to organize and run poker tournaments on mainland China but after months of planning by the Asia Pacific Poker Tour this landmark event proved to be a roaring success.

Held at the Beijing Star Poker Club, the Beijing Millions attracted a mammoth field of 2,732 entrants – making it the biggest poker tournament ever held outside of America. With six Day 1 flights and a fast structure, that figure was slashed to just 188 returning for Day 2 and in a strong showing by the locals it would be nine Chinese players returning on the final day to fight it out for the title. In the end it was Chen Qin etching his name in the history books to collect the RMB 675,000 top prize. July proved to be a particularly busy month for Railbird Ronny. Aside from a quick dash home from Las Vegas for the Beijing Millions, there was also the small matter of APPT Philippines to attend to with 260 players heading to the Metro Card Club with dreams of securing a prestigious APPT title. As play headed into its final day it looked like well-known Australian player Michael Guzzardi would get the job done given he possessed 30 percent of the chips in play with 11 players remaining – double his nearest rival.

For the majority of the final table he kept the momentum going and entered heads-up play against Vietnam’s Thanh Ha Duong with a massive 6 to 1 chip advantage, but with the trophy within reach it all came crashing down thanks to a series of terribly timed beats. The first came early on when they got it in with Guzzardi’s KK dominating Thanh’s 77, only for a 7 to land on the turn. Soon afterwards Thanh rivered a wheel to haul in another huge pot and when Guzzardi missed a big draw of his own in another all-in hand he had lost the chip lead for the first time all day.

On the final hand, the pair put it all on the line with Guzzardi holding A4 against Thanh’s 73 on a A357 board and when the river landed a meaningless 8 it was the Vietnamese celebrating a memorable win. Last stop for Railbird Ronny before finally taking a well-earned break was Cambodia with the APT holding a leg of their annual tour in the Southeast Asian Kingdom for just the second time. A field of 112 players found their way to the Queenco Casino & Hotel in Sihanoukville and by the time the dust had settled it was Michael Lindstrom from Denmark collecting the trophy and the US$27,700 first prize.