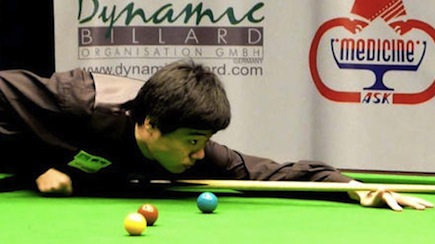 China’s snooker superstar Ding Junhui etched his name among the game’s greats in 2013/14 by winning a record-equalling five rankings titles. And there could be much more to come this year with Ding among a wave of Chinese players making the world take notice. Most notable was the first ever all-Chinese final in a rankings event when Ding defeated Xiao Guodong to win the Shanghai Masters, which was quickly followed by a second all-Chinese final just two events later as Hong Kong’s Marco Fu faced off against Ding at the International Championship.