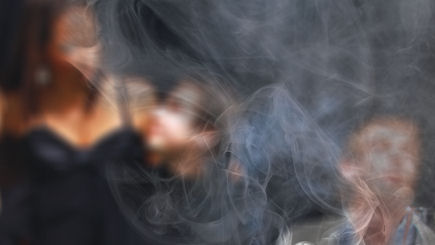 WGM runs the rule over the current state of smoking legislation in Macau and the latest push to ban smoking completely from all of Macau’s gaming properties – including VIP rooms and smoking lounges. How far is too far?

The Macau government made a significant statement last year when it announced that smoking would be banned from all casino mass gaming floors from October 2014. Reacting to recommendations from the Macau Health Bureau on the need to protect workers, the new measures took smoking restrictions to the next level after a previous law requiring at least 50 percent of mass gaming areas be non-smoking came into effect in January 2013.

As a result, smoking is currently allowed only in VIP rooms or in special non-gaming smoking lounges.

Now the government is on the verge of banning smoking completely from all Macau casinos, subject to the bill being passed by the Legislative Assembly. But a total ban, including the abolition of enclosed smoking lounges, begs the question – how far is too far? And is there such a thing as being too careful?

From where we stand, the health of workers must always take priority over profits and despite the objections of the operators the current ban must be extended to include all VIP gaming areas. But it’s hard to justify banning smoking lounges too.

Before we explain that statement in detail, it’s worth noting the various facts, figures and arguments being presented by the stakeholders in the smoking ban debate – starting with Macau’s casino operators.

It comes as no surprise that the operators have been actively lobbying the government to reconsider this third and final step in the war against smoking. Already reeling from China’s anti-corruption crackdown, which has seen gaming revenue in Macau fall 36 percent compared to last year, the timing is far from ideal with studies showing that similar bans in other markets have seen revenues fall anywhere from seven percent to 20 percent.

Estimates on the impact a smoking ban would have on Macau vary. Some analysts suggest it could wipe another 10 percent from mass gaming revenue and 15 percent from VIP, while the Gaming Inspection and Coordination Bureau (DICJ) has released a more conservative estimate of somewhere between 2.7 and 4.6 percent across the board. Either way, it’s hard not to sympathise somewhat with the operators who we believe have a valid argument in defence of retaining smoking lounges. That’s why it was so disappointing to see them sabotage their own cause with the release of an “independent study” claiming 66 percent of casino employees supported keeping smoking laws as they are now – a stark contrast to an earlier Health Bureau study stating that 80 percent of workers wanted a full ban.

As WGM revealed at the time, the survey conducted by the operators was in fact very questionable with carefully massaged questions aimed at eliciting favorable responses and a number of workers asked to provide their answers with their supervisors watching on. You can find our story on this contrived survey at www.wgm8.com.

Such deception is hardly a great way to get the government onside – never mind the fact that by releasing their own figures the operators were basically calling the government’s findings false!

The simple fact of the matter is that, despite the fact a smoking ban would be another blow Macau’s casinos could do without right now, the health of workers must always come first. Here are a few facts to consider:

In other words, smoking simply can’t be allowed in any location where staff are present and unfortunately for operators that includes VIP rooms.

But smoking lounges are a different matter altogether. For starters, there are no staff permanently stationed in them, so in that regard the health risks that come with directly exposing workers to second hand smoke don’t apply nearly as much. More importantly, the idea that banning smoking completely from casinos removes the dangers that second hand smoke poses to non-smokers is misguided – ignoring the way things work in the real world as opposed to some imagined fantasy land. So what are these real world considerations?

Rather than creating an environment where smokers no longer light up, smokers in other non-smoking venues have typically taken to finding new places to smoke with the most common being bathrooms and outside entrances. We’ve seen this on countless occasions before all around the world.

And given that bathrooms and entrances are two places that non-smokers have no choice but to use, this in fact means the absence of smoking lounges has the exact opposite effect that it is meant to by exposing non-smokers to cigarette smoke in areas they cannot avoid.

This is the real world impact and suggests that if you really do want to keep smoke away from non-smokers, the provision of smoking lounges is surely the best way to do so.

Of course, this isn’t the only concern when it comes to smoking lounges. The Macau Federation of Trade Unions, which has largely been behind the push for a total smoking ban, has rightly expressed concern that smoke from these smoking lounges can still pollute the air that runs through the casino floor. Yet this shouldn’t be a difficult problem to adequately address.

Although any such moves should be strictly subject to fulfilling strict air quality control criteria, a good start would be for the Macau government to allow smoking lounges that include certain specified features such as filters that run independently of the property’s main filtration systems and multi-door entrances that prevent smoke from escaping as customers enter and exit the lounge. This is not to suggest we take the concerns of the Health Bureau lightly. Simply put, smoking kills and no workers should ever be exposed to second hand cigarette smoke. In a perfect world, there would be no such thing as smoking and we wouldn’t even be having this conversation. But as it stands, the sale of cigarettes – and the smoking of them – is legal and as such it’s difficult to mount a reasonable argument for preventing people from smoking in situations where there is no negative impact upon others.

If it is indeed feasible to safely have separate smoking lounges that fulfil the above criteria, then it stands to reason that the banning of them amounts to little more than overkill.