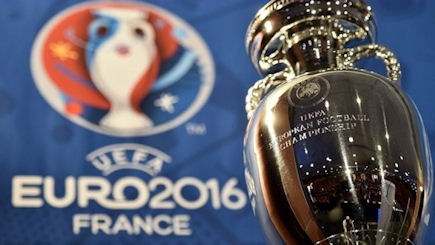 This summer is definitely a massive one for football fans. As the Copa América Centenario – the 45th edition of Copa América since its inception in 1916 – gets underway, Euro 2016 is also rapidly approaching with the opening game kicking off this Friday between hosts France and Romania. And as if that wasn’t enough, the global football feast will continue even after the two continents crown their latest champions with the Rio Olympics in August. In Asia – and particularly in China – the Copa América isn’t as glamorous as the European Cup, let alone the FIFA World Cup or the Olympics. Nevertheless, the first Copa América to be hosted outside of South America will still attract plenty of interest with the likes of Luis Suárez, Lionel Messi and Neymar in action.

Of greater intrigue is Euro 2016, which has been expanded to 24 teams for the first time. Although one side effect is that the group stage may not be as exciting as previously with moderate teams such as Albania, Iceland and Northern Ireland now getting their opportunity in the finals, there are still some mouth-watering clashes early on. England will play Russia in their opening game – a side they should beat but are dangerous enough to have long-suffering English fans concerned as always. Will Roy Hodgson continue playing Jamie Vardy on the left side despite his best performances this season all coming centrally? And can England mount a serious title challenge with just one natural winger in Raheem Sterling, and one natural defensive midfielder in Dele Ali? The controversies that met the naming of the final squad will no doubt lead to heated discussion if results don’t go England’s way.

The biggest clash of the first round sees Belgium face Italy in Group E. This is a real danger group with Zlatan Ibrahimovic’s Sweden also a chance to progress if the Manchester United-bound striker finds form. That makes the Belgium-Italy clash particularly important for both sides.

With the European Cup and Copa América played late night and early morning our time and Brazil in an opposite time zone to Asia, we are now entering a “sleepless” summer!