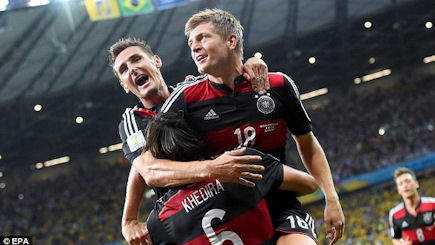 It’s the one we’ve all been waiting for – the World Cup final – and what a contest it promises to be with Germany up against Argentina. The path to the final couldn’t have been much more different for these two sides. The brilliantly organized Germans have scored 17 goals and conceded just four – a statistic aided by their 7-1 demolition of host nation Brazil in the semi-finals – and they have eased through the knock-out stages without too much difficulty at all.

Argentina have scored eight while conceding three, but they needed penalties to dispatch the Netherlands in the semis and were lucky to avoid a previous shootout against Switzerland when they left it until deep into extra time to score the winner.

Rival sides have found that if they can shut down Lionel Messi, they can shut down much of Argentina’s attack and the Germans are superb at getting their job done efficiently so we’ll be backing them to prove too strong across the park here.