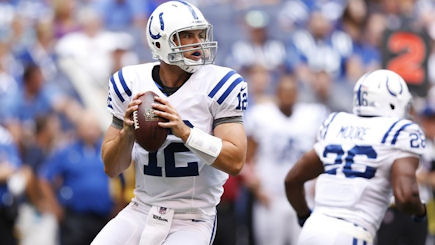 Putting aside last week’s shocker against the Steelers when they conceded a whopping 51 points, the Indianapolis Colts will be confident of maintaining their spot on top of the AFC South when they travel to New York to take on the Giants tonight.

With quarterback Andrew Luck posting phenomenal numbers, they are yet to score less than 20 points in any game and face a Giants side that has struggled to defend against passing which just happens to be Luck’s strength. The third year quarterback leads the NFL for passing yards and sits equal top for touchdown passes with 22.

The Giants aren’t bad themselves in offense but with some key players missing it’s hard to see them keeping pace with the visitors.