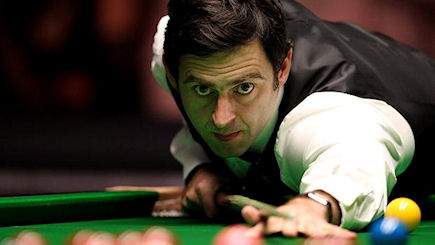 The snooker season reaches its pinnacle this weekend with the World Championships to crown its latest winner in England on Monday. While China’s world number two Ding Junhui was a shock first round loser in his quest to win a record sixth rankings event in a year, the eight players still in contention are a who’s who of the snooker world. It’s a big week in sport in Australia with the A-League final and Rugby League’s Trans-Tasman Test the highlights. The revamped A-League has seen football attract incredible popularity since it was established a decade ago and this weekend sees a classic interstate decider as the Brisbane Roar host the Western Sydney Wanders. Minor Premiers Brisbane, who won the A-League in 2011 and 2012, will start favorites but Western Sydney will be keen to make amends for last season when they were beaten in the Grand Final by the Central Coast. Meanwhile, the Kangaroos are expected to easily beat a young and inexperienced Kiwi side in the Rugby League Test. New Zealand hasn’t won this Test since 1998 and with a number of their best players unavailable the question isn’t so much whether Australia will win but by how much.

MotoGP sensation Marc Marquez will be looking to make it four wins in a row to start the 2014 season in his home Grand Prix this weekend. Marquez has been a dominant force in MotoGP since bursting onto the scene last year and is a warm favorite to win his 10th career race, although teammate Dani Pedrosa will be keen to make the title race interesting. Pedrosa won in Jerez last year. And there are some hugely important games in the EPL – particularly at the bottom of the table where Sunderland can just about guarantee their remarkable survival when they host West Brom, while Fulham and Cardiff travel to Stoke and Newcastle respectively in desperate need of a win to keep their survival hopes alive. At the top of the table, Liverpool must beat the always tricky Crystal Palace away but the title could well be decided at Goodison Park where Everton hosts Manchester City. The Reds need City to drop points in one of their final three games to regain the ascendency and ironically it is their cross-town rivals that are the best chance of providing the lifeline they need.