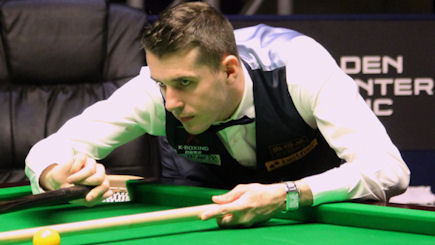 The first rankings event of the snooker season is underway in China with the Wuxi Classic and the locals will be hoping one of China’s up and coming stars can go all the way following the shock elimination of world number two Ding Junhui during the recent qualifiers.

This week’s event sees the likes of Zhao Xintong, Che Zifan and 14-year-old prodigy Yan Bingtao all into the main draw alongside Hong Kong’s Marco Fu as they chase a rankings title on home soil, although they will have to overcome the best in the world with Australia’s Neil Robertson and world number one Mark Selby on track to meet in the final should results go as expected. Wimbledon kicked off on Monday and it’s been a strong start for the big guns so far with Novak Djokovic, Andy Murray, Stanislas Wawrinka and Roger Federer all enjoying easy first round wins, while Rafael Nadal took a while to get going on the London grass before eventually downing Martin Klizan in four. In the women’s, Serena Williams, Maria Sharapova and Simon Halep all scored first-up wins with China’s world number two Li Na putting her disappointing French Open exit behind her with a straight sets win over Poland’s Paula Kania. The second round begins tonight.

The PGA Tour heads to Maryland this week for the Quicken Loans National and the big news is that former world number one Tiger Woods will finally make his long-awaited return from injury. Woods underwent back surgery three months ago and missed both the Masters and the US Open, but his return this week gives him three weeks to find some form before the British Open. Formerly known as the AT&T National, Woods won here two years ago but we like the look of American’s Jordan Spieth and Australia’s Jason Day who have both enjoyed high finishes here before. And the MotoGP season is off Assen this weekend to see if anyone can stop the rampaging Marc Marquez. The good news is that we’ve seen some terrific racing the past few rounds with teammate Dani Pedrosa and the great Valentino Rossi closing the gap, but the fact remains Marquez has won seven from seven in 2014 and we won’t be backing against him.