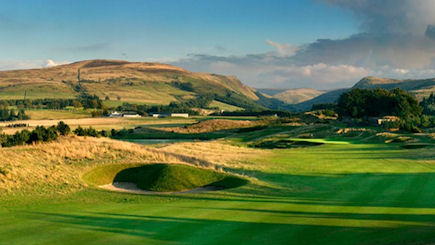 There is no rest for the wicked as the seasons start to change with another action-packed weekend of sport set to take place around the globe. We’ll start in Melbourne, Australia this week where the biggest game of the AFL season takes place at the MCG.

This year’s grand final features the two best sides all year in what will be a fascinating grudge match as the Sydney Swans take on the Hawthorn Hawks for the title. And there are plenty of intriguing side stories. For starters, these two sides have already won a flag each over the past two seasons with Sydney premiers in 2012 and Hawthorn going all the way in 2013. Swans legend Adam Goodes will be looking to win his third career title just a week after playing his 350th game, while Hawthorn’s Luke Hodge plays his 250th game for the Hawks. And then there is Lance “Buddy” Franklin. A Hawthorn legend, Franklin guided the Hawks to last year’s premiership on the back of 60 goals in what was to be his final game for the club. The rumor was that Franklin would join the AFL’s newest club, Greater Western Sydney, in 2014 but he stunned everyone when he announced he would link with the mighty Swans instead. Despite the controversy that move created, Franklin has again starred for his new side this season and his clash with his former teammates will dominate headlines across Australia all week! The EPL kicks off with a bang on Saturday night with the Merseyside derby between Liverpool and Everton at Anfield. Both sides have struggled so far this season and desperately need a win, but what better way to kick-start a campaign than this? The Reds-Toffees clash will be followed by another huge derby as Arsenal hosts Tottenham with the visitors also under pressure following last week’s shock loss to West Brom.

The eyes of the tennis world are on China this week with the Shenzhen Open well underway. A number of the world’s top players are on hand including Andy Murray, David Ferrer, Tommy Robredo and Richard Gasquet while China is represented by wildcard Xin Gao.

And golf’s Ryder Cup is on this week at Gleneagles in Scotland. With Europe boasting four of the world’s top five, they are red hot favorite to beat an American team that hasn’t win on European soil in 21 years. It’s hard to go past them.