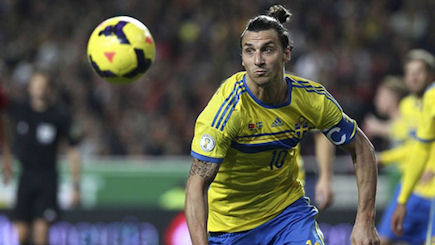 We’ve got a big weekend of international football coming up with the main focus being on the second round of qualifiers for Euro 2016. A total of 26 matches are scheduled from Thursday night with a handful of particularly interesting match-ups. Group G sees a hugely important clash in Solna as Sweden play host to Russia. The Swedes, led by brilliant striker Zlatan Ibrahimovic, will be desperate to qualify for the 2016 tournament after narrowly missing out on the World Cup in Brazil and a win here would go a long way towards aiding that cause. They showed good resolve to come back from an early 1-0 deficit to take a point in Austria last month while Russia eased to a 4-0 win over minnows Lichtenstein. With so little between the two sides, we’re leaning towards the home ground advantage.

The other clash we’re fascinated by is Wales up against Boznia and Herzegovina in Cardiff. A 2-1 win away to Andorra in their opener saw the Welsh climb to their highest world ranking in 20 years in 29th and another this week would give them a huge boost in their quest to qualify for just their second ever major tournament after the 1958 World Cup. Their trump card is superstar Gareth Bale, who scored both goals in Andorra, although the absence of Aaron Ramsey and Joe Allen through injury is a concern.

The key to this clash is likely to be how the visitors perform in front of goal. Having failed to progress past the group stages of the World Cup earlier this year, they suffered a shock 2-1 loss at home to Cyprus in their first qualifier last month and can’t afford another loss here. Boznia and Herzegovina can at least take some heart from the fact that they dominated Cyprus for much of that game and should have won comfortably but for a poor night in front of goal. With Edin Dzeko leading their charge and Wales looking depleted, we’re going to tip a win for the Eastern Europeans. Tennis’ tour through China continues this week with Shanghai the venue for the ATP Tour while the WTA stops in Tianjin. The Shanghai Masters has attracted a star-studded field with Novak Djokovic, Rafael Nadal, Roger Federer and Andy Murray all in attendance and hoping to add another title to their impressive resumes. However, there has already been one huge upset to please the local fans with China’s world number 553 Chuhan Wang not only making his debut on the ATP Tour but doing so with a bang as he beat world number 15 Fabio Fognini 7-6, 6-4.

And the latest round of the Formula 1 season will be held in Russia for the first time ever this weekend and although there is plenty of controversy off the track, it will be fascinating to see how the drivers perform on a new and unfamiliar circuit. Once again it will be the battle between Mercedes drivers Lewis Hamilton and Nico Rosberg, who sits 10 points behind his teammate, that looms as the most critical but keep an eye on four-time world champion Sebastian Vettel who has finally started to find some form with consecutive podium finishes after a slow start to the season.