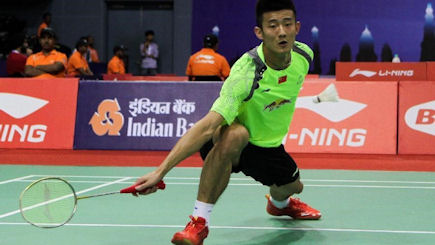 It’s a huge weekend of sport around the world with the EPL back in action after the international break, the badminton heading to Hong Kong, the Formula 1 season reaching its conclusion in Abu Dhabi and the Davis Cup finale in France.

We’ll start in England where a number of big guns will be hoping to rediscover their mojo and close the gap on league leaders Chelsea. The game of the round sees Arsenal hosting Manchester United at the Emirates. United fell to a 1-0 loss at cross-town rivals City last start to fall 13 points behind the Blues, while Arsenal are only one points further up the ladder and in desperate need of the three points.

Manchester City hosts Swansea and Liverpool is away to Crystal Palace, while Chelsea host West Brom as they look to continue their early dominance. The Hong Kong Coliseum is the final stop for the World Superseries in 2014 and it looms as a particularly important one with spots in the BWF Destination Dubai World Superseries Finals still up for grabs. Only the top eight men , women and doubles teams will qualify for Dubai so those on the brink of qualification will need a strong showing in Hong Kong to seal their spot and chance at the US$500,000 first prize.

Notably, Chinese great Lin Dan has withdrawn from the event, leaving compatriot Chen Long as the favorite to win the men’s while Wang Shixian and Wang Yihan are the top seeds in the women’s. Competition for a spot in the men’s draw in Dubai will be particularly fierce given that Lin can’t qualify and world number one Lee Chong Wei is unavailable through suspension.

The Formula 1 season heads to Abu Dhabi to decide the 2014 champion this weekend with Mercedes duo Lewis Hamilton and Nico Rosberg dueling for the crown. One of the closest finishes in years has been made particularly interesting by the fact that Abu Dhabi awards double points, meaning that instead of Hamilton – who currently leads by 17 points – needing only finish sixth to secure the title, he must now finish second should Rosberg take the chequered flag.

The intrigue is only increased by the bitter feud that has marred their battle for much of the season, although it’s notable that Hamilton has won this race once before in 2011. The Davis Cup finale comes to its conclusion in Lille this weekend with France hosting Switzerland for the title. It’s been a rough lead-up for the Swiss as they go in search of the title for the very first time, with Roger Federer pulling out of last week’s ATP Tour Finals through injury and becoming involved in a feud with Davis Cup teammate Stan Wawrinka. The pair have since put their differences aside but the jury is still out on whether Federer will be fit enough to play. If he does we like their chances of victory but if he is forced to withdraw France are certainties.