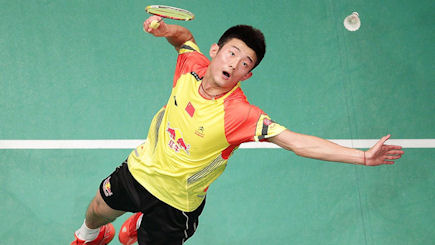 Badminton’s prestigious season-ending Destination Dubai is finally underway as the world’s top eight men and top eight women do battle for their share of the record US$1 million prize pool. This year’s SuperSeries finale, being held in Dubai for the very first time, will be particularly intriguing given the absence of suspended world number one Lee Chong Wei and Chinese legend Lin Dan. China will still be well represented though with Chen Long the top ranked of the eight men’s qualifiers. He will be joined by Jan O Jorgensen, Son Wan Ho, K Srikanth, Kento Momota, Hans-Kristian Vittinghus, Tommy Sugiarto, Kenichi Tago. China also boast the top two women in Wang Shixian and Wang Yihan, while India’s Saina Nehwal will be looking to continue her impressive form of late.

The big match of the EPL this weekend sees Arsenal travel to Liverpool looking to continue their impressive form of late against a side well down on confidence. After being booed by their own fans following a 3-2 loss to Stoke a fortnight ago, the Gunners have enjoyed consecutive 4-1 win against Galatasaray in the Champions League and against Newcastle last week. Sitting two points outside the top four, another win at Anfield would provide a huge boost to their resurgence. The Reds have been battling recently although they will at least be encouraged by their 3-1 win over Bournemouth midweek in which Raheem Sterling netted twice playing up front. The other intriguing clash sees Southampton looking to arrest their slide when they host Everton at St Mary’s. Cricket fans will be excited to see the start of the latest Twenty20 competition tonight when the 2014/15 Big Bash League gets underway in Australia. With the best short-form players from around the world signing on with the eight franchises, the opening round sees the Adelaide Strikers host the Melbourne Stars, Sydney Sixers v Melbourne Rebels and Sydney Thunder v Brisbane Heat amid a packed weekend. The NFL regular season is nearing its conclusion and there is plenty to play for with some sides desperately trying to grab sild card spots and others hoping to top their conferences. Incredibly, only four teams have clinched their playoff berths so far – the Patriots, Broncos, Colts and Cardinals – although a number of others could potentially join them this week. The game of the round sees the Cardinals host a resurgent Seahawks side who are looking ominous in defence of their SuperBowl title. In the NFC South, the New Orleans Saints can seal top spot with a win over the Falcons although they haven’t been great at home recently with four successive losses.

And of course there is the NFC North where the Detroit Lions have grabbed top spot away from the Green Bay Packers despite both sitting at 10-4. Both face away trips they should win against the Bears and Buccaneers respectively. Our tips at the line this week include the Saints, Eagles, Lions, Packers, Patriots and Seahawks.