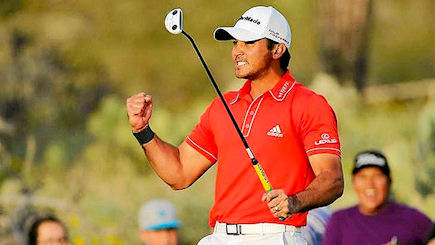 The end of the Sochi Winter Olympics was the big news of the weekend as the world farewelled this unique part of the planet. An exciting final few days saw some controversy in the ice skating as Russia pipped South Korea for gold, while Canada won the men’s ice hockey to ensure they leave Russia happy.

The final medal tally saw the host nation finish on top with 13 gold with Norway second on 11 and Canada third on 10. China finished 12th with three Gold, four silver and two bronze. Australia’s Jason Day scored the biggest win of his career at the WGC Match Play Championship in Arizona overnight, beating France’s Victor Dubuisson in the final to capture the US$1.53 million first prize. After some near misses in a couple of the majors in 2013, Day’s ranking is expected to sky rocket to world number four behind only Tiger Woods, Adam Scott and Henrik Stenson.

The English Premier League has a clear cut top four after the weekend’s rounds with the four big guns all winning but fifth-place Tottenham falling to a shock 1-0 loss at Norwich. Both Chelsea and Manchester City left it until late to score their respective winners, while Liverpool was breathing a sigh of relief after overcoming some more abysmal defensive errors to scrape past Swansea 4-3.

The Super 15 Rugby kicked off, with South Africa’s Sharks sitting at the top of the table ahead of the Waratahs from Australia and New Zealand’s Highlanders. The Sharks emerged victorious 31-16 in their big local derby against the Bulls, while Queensland’s Reds beat the ACT Brumbies 27-17 to get their campaign off to a great start. And South Africa levelled their Test cricket series against Australia at 1-1 after a crushing win in Port Elizabeth. It was a complete form reversal for the two teams, with Australia’s bowlers failing to make an impact and their batsmen crumbling in the second innings. The two teams will head to Cape Town on Saturday for the decider.