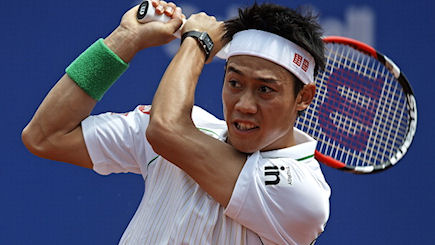 The tennis clay court season is well underway ahead of the French Open on 25 May and it’s hard to overlook the fact that Rafael Nadal has yet to add any new silverware to the trophy cabinet. A quarter final exit in Monte Carlo at the hands of David Ferrer a fortnight ago was followed by a loss to Nicolas Almagro in Barcelona, and the question must be asked whether Nadal’s dominance in Paris – where he has won eight titles and boasts a career record of 59-1 – is also about to come to an end. Certainly his rivals will be hoping so with Japan’s Kei Nishikori taking advantage of the opportunity to win his first ever clay court title in Barcelona at the weekend. The women’s draw has always been much harder to predict but Maria Sharapova’s preparations appear to be on track after she prevailed over Ana Ivanovic on the clay in Stuttgart. The four-time grand slam champion won the French Open two years ago and will be hoping to repeat that performance next month.

The EPL season took yet another dramatic twist overnight as Chelsea stunned Liverpool 2-0 at Anfield to put a huge dent in the home side’s hopes of lifting the trophy for the first time. Cruelly, it was an error by captain Steven Gerrard that gifted Chelsea their first goal on the stroke of half-time and although the Reds dominated the game they couldn’t score the crucial goal they needed to maintain the title ascendency. That honor now goes to Manchester City who beat Crystal Palace 2-0 and will win the title if they take maximum points from their final three games. Atletico Madrid remains on track to claim the crown in Spain after battling past Valencia 1-0. With Real Madrid and Barcelona also winning, Atletico are still four points clear at the top of La Liga and need just two wins from their final three games to seal victory. The NBA Playoffs are heating up with a few of the big guns in danger of an early exit. Incredibly, the number one teams in both the Eastern and Western Conference trail 2-1 in their first round series with San Antonio having lost two in a row to Dallas and Indiana down 2-1 to Atlanta. Chicago is also on the verge of elimination trailing the Wizards 3-1 while Oklahoma City and the LA Clippers are locked 2-2 against Memphis and Golden State respectively. Only the mighty Miami Heat have been untroubled so far in taking a 3-0 lead against Charlotte with LeBron James and his cohorts sending a clear message to their title rivals.