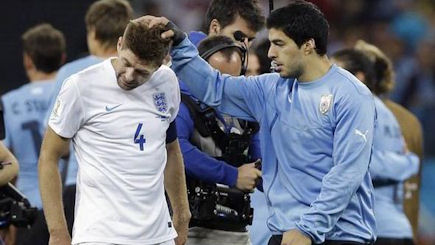 It’s been a World Cup of shocks and although we’re only just winding up the second lot of group matches we can already wave goodbye to some of football’s biggest names in 2014.

By far the biggest surprise has been the demise of reigning champions Spain, who were supposed to challenge for the title again but instead were among the first teams eliminated following consecutive losses to the Netherlands and Chile. With one match to go against Australia, they are now playing for pride. Also gone is England, who backed up a 2-1 loss to Italy with another 2-1 loss to Uruguay as Luis Suarez put the hurt on a number of his Liverpool teammates. Portugal will need to beat Ghana convincingly and hope Germany do the same to the USA to progress, while only seven sides can boast two wins from two so far – the Netherlands, Chile, Colombia, Costa Rica, France, Argentina and Belgium.

The Mercedes F1 show was back in town as Nico Rosberg increased his Championship lead with victory in the Austrian Grand Prix overnight. Rosberg scored his third win of the year ahead of teammate Lewis Hamilton, while Williams’ Valtteri Bottas scored his first career podium finish in third. Last start winner Daniel Ricciardo was eighth while world champion Sebastian Vettel was again forced to retire. There have been some interesting results in the cricket with Sri Lanka staging a dramatic fightback in the Second Test to take a 105-run lead into Day 4 with six second innings wickets in hand and a real chance of taking the lead in the series if they can manage another 100 runs or so. Meanwhile, the West Indies won their first Test match in more than a year thanks to a dominant performance from captain Chris Gayle on the final day against New Zealand. Needing 93 to win and with rain clouds looming, Gayle blasted 80 runs from 53 balls to level the series 1-1.

And Felipiano Lopez has continued his surprisingly good grass court form to win ATP Eastbourne for the second consecutive year with a tough three-set win over Richard Gasquet. Just a week after reaching the final at Queens, Lopez prevailed 6-3, 6-7, 7-5 to wind up preparations for Wimbledon.