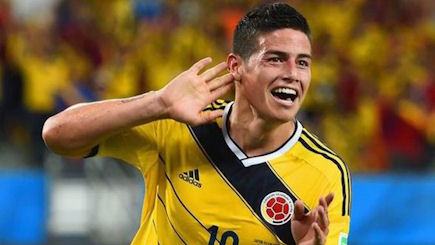 The World Cup is down to the business end of the tournament with the first knock-out games being played over the weekend. Not surprisingly, they have already been high on drama with two penalty shoot-outs and a stunning late comeback highlighting the first four Round of 16 games.

On Saturday, hosts Brazil needed penalties to overcome a brave Chile after the game finished 1-1 in extra time. That was followed by a similar result overnight as a last-minute Greek goal sent their clash with Costa Rica into extra time. The Costa Ricans spent most of the second half and 30 minutes of extra time with just 10 men after Oscar Duarte was sent off following his second yellow, but held on to secure their quarter final berth in the penalty shoot-out. The Netherlands left it until late to beat Mexico. Trailing 1-0 with just two minutes remaining, Wesley Sneijder hammered home an equalizer from the edge of the box, then just moments later Arjen Robben won a controversial penalty which was smashed home by Jan-Klaas Huntelaar for a dramatic 2-1 win. The other game saw Colombia beat Uruguay 2-0 thanks to two goals from James Rodriquez including one of the strikes of the tournament. Australia’s Neil Robertson successfully defended his Wuxi Classic title in China with a tight 10-9 win over England’s Joe Perry. Perry looked on track to win his first ever rankings title when he came from 8-6 down to lead 9-8, but breaks of 87 and 78 saw Robertson show the benefits of experience as he took home the £85,000 first prize.

Marc Marquez became the first rider since the great Giacomo Augustini in 1971 to win the first eight races of a season in the Dutch MotoGP. The incredible young Spaniard took the lead from Andrea Dovizioso with 10 laps to go and never looked back as he extended his Championship lead to 72 points. Dovizioso finished second ahead of Dani Pedrosa.

And Wimbledon has just about reached the halfway mark with most of the big guns having eased their way through to the fourth round without too much trouble. Novak Djokovic and Roger Federer are through without having dropped a set, as is defending champion Andy Murray, while Rafael Nadal has dropped the opening set in all three matches before powering home to win each in four. The fourth round highlight will be Djokovic up against Frenchman Joe-Wilfried Tsonga. It hasn’t been such smooth sailing in the women’s with top seed Serena Williams dumped out in a huge shock by Alize Cornet – paving the way for a thrilling race for the title. French Open champion Maria Sharapova is safely through to the fourth round, as are young gun Eugenie Bouchard, Agniezka Radwanska and China’s Shuai Peng.