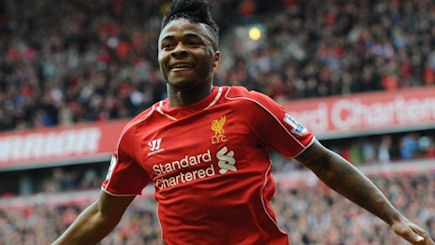 The English Premier League season is officially underway and as far as the big guns are concerned it was business as usual over the opening weekend of their 2014/15 campaigns. With Chelsea’s trip to Burnley the only game yet to be played, fellow title aspirants Manchester City, Liverpool and Arsenal all scored first-up wins although none of them was particularly convincing.

City eased to a 2-0 win at Newcastle thanks to a first-half goal from David Silva and a stoppage time strike from Sergio Aguerro; Arsenal was forced to come from a goal down to beat Crystal Palace 2-1 with Aaron Ramsey scrambling home a very late winner; and Liverpool looked sluggish against Southampton at Anfield before Daniel Sturridge’s 79th-minute goal halted a Saints comeback. Perhaps the biggest news of the weekend was Manchester United’s 2-1 loss to Swansea at Old Trafford. Despite the arrival of new manager Luis van Gaal and a promising pre-season that included victory in the Champion Cup, United quickly fell back into the bad habits that plagued them last year to ensure their second “new era” in as many years got off to the worst possible start. 17-time Grand Slam champion Roger Federer won his 80th career title and his first Masters title in two years with a 6-2, 1-6, 6-3 win over Spain’s David Ferrer in the final of the Cincinnati Open overnight. Continuing an impressive resurgence that had already seen him make the final of Wimbledon and ATP Toronto in his past two outings, Federer went all the way this time in a perfect warm-up for next week’s US Open. He must also be considered a serious contender at Flushing Meadows given Novak Djokovic’s struggles on hard court in recent weeks and Rafael Nadal’s ongoing injury concerns.

In the women’s, Serena Williams thrashed Ana Ivanovic 6-1, 6-4 to win her 62nd career title and send an ominous warning to the rest of the US Open field as she looks to win her 18th Grand Slam title.

The streak is over! Having dominated his rivals to win the first 10 races of the MotoGP season, Marc Marquez came crashing back to Earth in the Czech Republic as teammate Dani Pedrosa swept to a long-awaited victory. Having been unstoppable over the first half of the season, Marquez didn’t even make the podium this time around as he finished fourth behind Pedrosa, second-placed Jorge Lorenzo and third-placed Valentino Rossi. And our cricket tips have worked out for the better with England thrashing India to seal a 3-1 series victory and Sri Lanka on the verge of a 2-0 series win over Pakistan with one day remaining in Colombo. Last week we tipped England and Sri Lanka to win their respective Test matches.