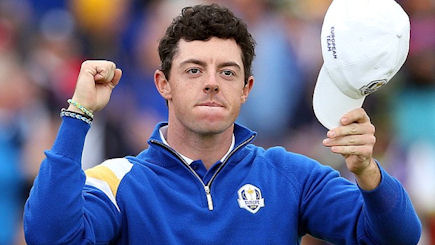 We’ll start with golf’s Ryder Cup this weekend and as expected it was another successful outing for Europe as they crushed the United States by five matches to make it three wins in a row and eight in the past 10 years. Led by world number one Rory McIlroy as well as impressive performances from Justin Rose and youngster Jamie Donaldson, the Europeans never looked troubled as they continued their recent dominance to pour pressure on the faltering Americans. However, much of the interest afterwards centred on comments made by American player Phil Mickelson in which he criticized US captain Tom Watson for failing to engage with the team and straying from what had once been a successful formula. Mickelson has since come under fire himself for those comments with most believing he should have kept his thoughts to himself.

It was business as usual in the EPL with Chelsea and Manchester City easing to victories, while Liverpool again failed to fire at home to Everton thanks to superb injury-time equalizer from Phil Jagielka. Arsenal and Tottenham also played out a draw while Manchester United overcame the sending off of Wayne Rooney in the 59th-minute to claim a crucial 2-1 win over West Ham. Marc Marquez may have been the dominant force in this year’s MotoGP season but he was one of a number of top riders to crash out of contention at Aragon in Spain on Sunday. Marquez lost control in the wet before recovering to finish 13th, while Dani Pedrosa and Valentino Rossi – who was knocked unconscious when he crashed heavily – also fell. Jorge Lorenzo took advantage of the carnage to win his first race of 2014.

Andy Murray has won his first ATP event in more than a year with a stunning victory in China’s Shenzhen Open. Trailing by a set and down four match points at 6-2 in the second set tie-breaker against Spain’s Tommy Robredo, Murray rallied to eventually prevail 5-7, 7-6, 6-1. And Hawthorn is celebrating its second consecutive premiership in the AFL after thumping the Sydney Swans 137-74 in Saturday’s grand final. The Hawks stunned the heavily favored Swans with their speed and agility to storm to an early lead and never give the Swans any real chance of victory.