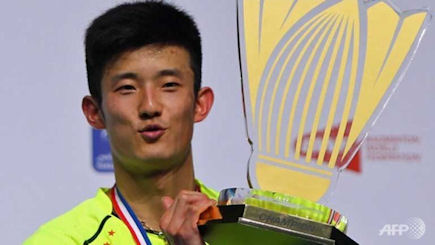 China’s Chen Long has capped off a magnificent year by winning the World SuperSeries Finals in Dubai overnight, cruising past Denmark’s Hans-Kristian Vittinghus in just 47 minutes to claim his fourth major title of 2014. With both Lin Dan and Lee Chong Wei absent, Chen was a firm favorite to add to the World Championships crown he won in August and was never troubled in an easy 21-16, 21-10 win. While businesses around the world are winding down for the year, the action is heating up in Europe’s biggest football leagues with the big guns again flexing their muscle in the English Premier League over the weekend ahead of the hectic Christmas period. Manchester City and Chelsea both recorded comfortable wins over lowly opponents, Tottenham continued their recent surge with a 2-1 win at Burnley while Southampton returned to the winner’s circle as they thumped Everton 3-0. At Anfield, Liverpool and Arsenal played out a thrilling 2-2 draw although the Reds’ lack of quality strikers was again evident as their complete dominance of the game failed to bring them a much-needed 3 points. Liverpool enjoyed 64 percent of possession and had 27 shots to Arsenal’s 7, yet as the match headed into injury time they found themselves trailing 2-1 after wasting multiple opportunities. The task appeared to be beyond them when substitute striker Fabio Borini was red-carded two minutes into added time, but with only seconds remaining Martin Skrtel headed in to level the scores.

Meanwhile in Morocco, Real Madrid made it four titles in 2014 as they beat South American champions San Lorenzo 2-0 to win the Club World Cup. The Spanish giant’s 22nd consecutive win in all competitions saw them add to their Champions League, Copa del Rey and European Super Cup success with Sergio Ramos and Gareth Bale finding the back of the net. The NFL Playoffs picture is starting to take shape after Week 16 with the Detroit Lions, Green Bay Packers and Pittsburgh Steelers all cementing playoff berths with important wins. The Lions and Packers face each other next week in the final game of the regular season with the winner claiming top spot in the NFC North and a first round bye in the playoffs.

The Patriots have already secured the bye after a narrow 17-16 win over the New York Jets, while Tony Romo and the Dallas Cowboys warmed up for the post-season with a 42-7 thumping of AFC South leaders Indianapolis.

And the NBA season keeps rolling along some of the big guns making their presence felt over the past few days. While the Raptors and Warriors still top the Eastern and Western Conferences respectively, the Atlanta Hawks, Chicago Bulls and Portland Trail Blazers have been in good form of late too. The Hawks have now won 12 of their past 13 games and the Trail Blazers five in a row, while the Bulls enjoyed rare back-to-back wins in the absence of Derrick Rose to move above the Cleveland Cavaliers in the East.