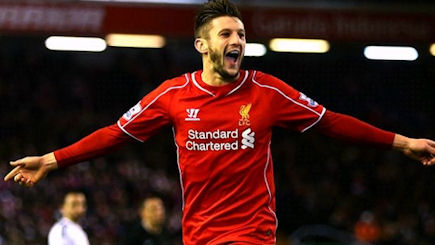 The year may well be drawing to a close but before we dive headfirst into what promises to be an action-packed 2015 on the global sporting stage, let’s take a look back at a busy final weekend of 2014 with the English Premier League reaching the halfway mark of the season, the NFL playoff picture finally completed and some of the NBA’s biggest names starting to make their presence felt.

We’ll start with the EPL where the bust Christmas period proved to be a fruitful one for both Arsenal and Liverpool. Fresh from their pulsating 2-2 draw at Anfield a week earlier, the Gunners and Reds took advantage of unexpected slip-ups by the top three teams to record rare consecutive wins. Arsenal crept past QPR 2-1 in Boxing Day then West Ham by the same scoreline just a few days later to move up to fifth on the ladder. However, it was Liverpool’s impressive 4-1 win over Swansea, which followed a 1-0 win over Burnley, that was most intriguing with the Reds finally showing glimpses of the brilliant attach that almost bought them the title last season. Manager Brendan Rodgers is still in desperate need of a quality striker in the January transfer window but there is no doubt a recent re-shuffle of his line-up – with young gun Raheem Sterling filling in up front – has woken the side from its slumber.

They would also have enjoyed watching Manchester City, Chelsea, Manchester United and Tottenham all drop points at the weekend. United and Spurs played out a 0-0 draw at White Hart Lane, Chelsea was held 1-1 at Southampton and City squandered a 2-0 lead at home to Burnley to draw 2-2. The final week of the NFL’s regular season saw the playoff hopes of a number of sides hinge on their final game with the Seattle Seahawks, Green Bay Packers, Carolina Panthers and Baltimore Ravens the big winners. Defending Super Bowl champions Seattle made it six wins in a row with a 20-6 result over the Rams to claim top seed in the National Conference playoffs while Green Bay outshone the Lions to grab top spot in the NFC North. The Ravens crept in with a 20-10 win over Cleveland thanks to two Joe Flacco touchdown passes in the fourth quarter although they also needed other results to go their way with San Diego’s 19-7 loss to the Chiefs exactly what they were after.

However, by far the most incredible story of the season is that of the Panthers. Just four weeks ago they sat third in the NFC South following six consecutive losses, but turned it all around to finish top with wins over New Orleans, Tampa Bay and Cleveland to set up a winner-takes-all divisional showdown with Atlanta on Sunday. The Falcons were never in the game as Carolina stormed to a 34-3 win to progress to the playoffs. In doing so they have become just the second side in history to qualify for the playoffs with a losing record (7-8-1), but such has been their form over the past month that they head into next week’s Wild Card Playoff game against Arizona as warm favorites! And it looks harder than ever to pick the team to beat in the NBA this season with four teams vying for top spot in the East and defending champions San Antonio looking to make their move in the West. The Chicago Bulls have waited a long time to have star point guard Derrick Rose back and playing regularly and his presence has helped the famous franchise enjoy a 9-1 winning record over their last 10 games – the best in the league. They currently sit fourth in the Eastern Conference with just 2.5 games separating the top four which also includes the Raptors, Hawks and Wizards.