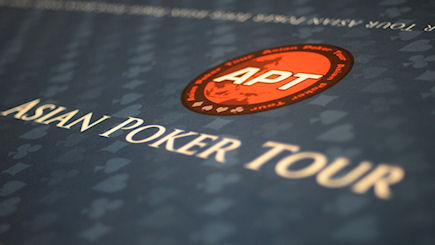 It’s been a fairly quiet month as far as tournament poker goes in and around Macau, which probably explains why the cream of the Asian crop have made their way to Monte Carlo this week for the EPT grand final. Never fear though, because tournament poker is back in the region over the coming weeks before the eyes of the poker world look towards Las Vegas in June for the World Series of Poker.

The latest running of APT Philippines gets underway from this Wednesday 30 April at Resorts World Manila with the US$2,700 Main Event starting on Saturday. Last year’s event attracted 205 players with Australia’s Khac Trung Tran taking home a first prize of US$124,000. Then towards the end of the month, the APPT heads to Macau with the Opening Event taking place on Thursday 15 May and the HK$25,000 Main Event starting the following Wednesday 21 May. Last year’s event saw 33-year-old Alexandre Chieng become the first Chinese player to win an APPT event and HK$2.16 million.