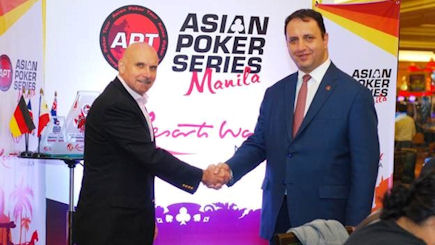 APT Philippines will return to Resorts World Manila for the seventh straight year in 2016, it was announced overnight.

First held at the popular venue in 2010, the Asian Poker Tour has built a fine partnership with Resorts World Manila which is currently playing host to APT Manila. Next year’s APT Philippines will run from 13 to 21 April 2016. APT Chief Executive Jeff Mann said, “In fact this will APT’s 14th major international poker event to be held at RWM which in total has involved thousands of players from over 40 countries; hundreds of individual tournaments and a combined prize pool from all these events exceeding well over US$10M. Every APT event staged at RWM is extremely popular.”