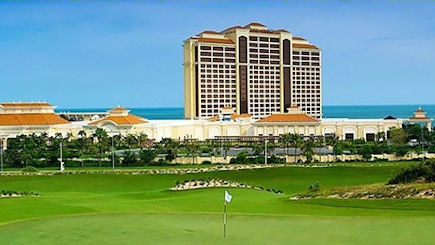 It is with great sadness and disappointment that World Gaming Group (WGG) advises that Ho Tram Resort Casino has cancelled the Asian Poker Tour Vietnam 2 which has been long announced for November 16 to 25, 2015.

The Asian gaming community will be aware the senior management team of Ho Tram changed on 16 September 2015 and despite almost daily requests for clarification and confirmation of the existing poker arrangements at Ho Tram, WGG has been unable to gain any clarity from the new management. Whilst the previous management of Ho Tram had enthusiastically committed to the APT2 event the new management has exhibited a repeated pattern of indecision regarding poker at Ho Tram. This indecision was also recently exhibited regarding the hosting of the Vietnam Poker Cup event from 16 to 18 October. WGG has found the cancellation surprising given the universally positive reception the APT1 event in May received as well as the fact the event was financially profitable for the Ho Tram Resort Casino.

It was confirmed to WGG by Ho Tram’s absolute highest levels of management as recently as Monday that the event was proceeding with Ho Tram’s full support. However, despite repeated requests, WGG was unable to secure written commitment of this over the last week and today we received the following by email from the newly appointed Domenic Ricciardelli, who has variously described himself as the Chief Gaming Officer and VP Operations at Ho Tram:

“I am confirming cancellation of the Asian Poker Tour 2 Vietnam for November, 2015.”

We profusely apologise to the Asian poker player community for the ongoing confusion and the mixed messages from Ho Tram Resort Casino management. WGG has noted significant instability in operations at the Ho Tram Resort Casino over the last month and will be providing further clarification and details next week.