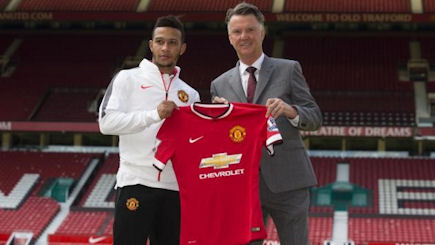 Only the Premier League could boast an off-season that might actually be considered more stressful than the season itself. With the annual summer transfer window limiting clubs to a strict window in which to sign new players from other countries, July 1 now ranks among the most important days on the footballing calendar with the success of the new season often dependent on the results of each club’s summer wheelings and dealings. Typically, with so many clubs chasing so many players and so much money being bandied about, rumors spread like wildfire – leaving fans on the edge of their seats as they wait to discover which are fact and which are fiction. So it has been again in 2015.

Chelsea’s title celebrations had barely begun before their title rivals swung into action, led by Manchester City’s dogged pursuit of Liverpool starlet Raheem Sterling. As usual, they got their man but it cost them a cool £49 million – money the Reds desperately needed to make amends for the mistakes they made the previous summer. Seven new signings including James Milner, Christian Benteke and Brazil’s Firminho make them the EPL’s busiest club this summer outside of the three newly promoted sides in Watford, Bournemouth and Norwich City.

Manchester United splashed out on quality as they look to return to the top while taking great delight in snatching young gun Memphis Depay from the clutches of their bitter Liverpool rivals while Chelsea seemed largely content to play mind games with United by signing Radamel Falcao on loan. After his incredibly poor loan spell at Old Trafford last season, the Blues would love nothing more than to get Falcao firing and therefore frustrating United fans once again. The off-season is also a time to put these shiny new squads through their paces with most of Europe’s biggest club playing exhibition matches in the USA or friendly tournaments in Asia and Australia. Results are then over-analyzed and panic buttons pressed when a side’s new arrivals don’t suddenly have them playing like Barcelona.

But history tells us there is little to be learned in pre-season. Just as Arsenal’s 6-0 win over Lyon and United’s 3-1 result against Barca are not signs the European power balance has shifted, concerns over Manchester City’s 4-1 loss to Real Madrid, Chelsea’s 4-2 loss to New York Red Bulls reserves and Liverpool’s 1-1 draw with a Malaysian XI aren’t worth losing a wink of sleep over. What they do mean, however, is that the new Premier League season is just around the corner with an opening game blockbuster on August 8 between Manchester United and Tottenham. Now that is something to get excited about!