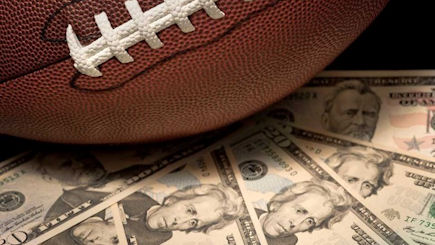 The ever changing landscape of the global gaming industry has long kept lawmakers on their toes as they try to keep pace with the latest developments, evolutions and technologies.

But the latest anomaly to test the waters is a particularly intriguing one. And strangely familiar too. For so long considered little more than a hobby, fantasy sports betting has enjoyed a massive surge in popularity in recent years with an estimated 56 million people expected to play in some form in 2015. Fantasy football alone has grown by around 500 percent in the last 12 months alone!

The concept is simple. Each player selects a team of athletes from across the relevant league – be it the NFL, NBA, MLB or other – and then compete against one another with the athletes awarded points based on various aspects of their performance. The goal is to have your team of athletes total more combined points than your opponent’s team of athletes.

Historically, fantasy sports has been played in office leagues or by groups of friends with a dozen or more players paying a small entry fee to compete in a season long battle for glory. But the tide began to turn a few years back due to the emergence of daily fantasy sites FanDuel and DraftKings, who offer contests that last a single day rather than all season long.

So popular has daily fantasy sports betting become that FanDuel and DraftKings are now each valued at over US$1 billion, but inevitably it has also caught the attention of government. And so the debate has begun over whether fantasy sports should be considered gambling and, if so, should they be regulated and taxed.

The issue has been simmering away through most of 2015 but grabbed headlines around the country over the weekend after Assemblyman Adam Gray introduced a bill to regulate online fantasy sports games. New Jersey Congressman Frank Pallone has also called for a congressional hearing to explore the matter. Of course, it all comes down to whether fantasy sports should be considered a game of chance or skill — an argument America’s online poker community is all too familiar with after its game was basically rendered illegal when the Unlawful Internet Gambling Enforcement Act (UIGEA) was passed in 2006. Ironically, it was this very same UIGEA that included a specific exemption for fantasy sports which has, ironically, led to the latest debate.

For the record, it is an absurd argument. Fantasy sports, like poker, is clearly a game of skill whereby sound strategy and an understanding of statistical probabilities among other factors have a demonstrated impact on long-term results.

Yet while the likes of FanDuel and DraftKings argue the point in order to maintain the status quo, there could in fact be some extremely positive ramifications should fantasy sports become a regulated industry. For long-suffering poker players, such an outcome would provide a compelling argument for online poker across the United States to be regulated along similar lines and finally let back in from the cold.

And it would also open the door for traditional sports betting to earn a retrial, having been banned in all but a few states in 1992.

Now that truly would be a case of fantasy becoming reality.