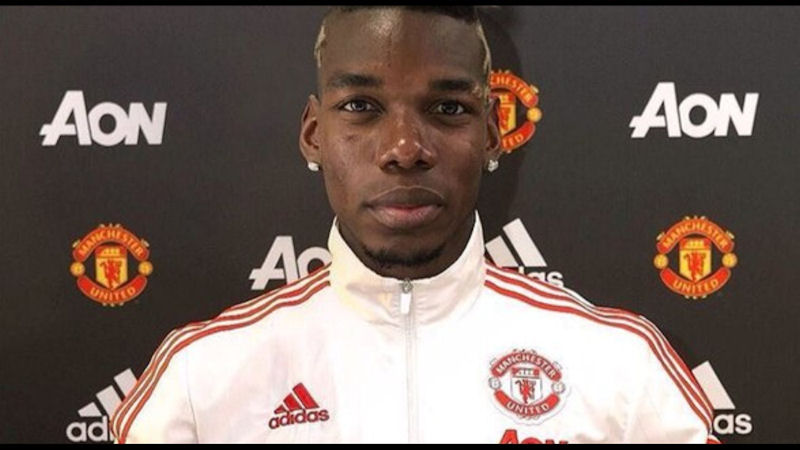 It will go down as the biggest day in the history of football in Manchester. The city’s two big clubs, United and City, completed two of the most expensive transfers of the summer yesterday with Paul Pogba signing for the Red Devils from Juventus in a world record €110 million deal while City manager Pep Guardiola finally got his man, John Stones, who cost the Blue Moons £47.5 million – making him their top signing this summer.

Both of the deals endured prolonged negotiations to get over the line, occupying much of the pre-season for both clubs. Now, with a week to go before season kick-off, they can finally focus on the task at hand.

Although Stones’ deal might prove to be Guardiola’s most crucial buy considering the centre back’s ball-playing skills will be crucial to the Spaniard’s tactical system, there is no doubt it is Pogba who has stolen the show with his staggering transfer fee.

The 23-year-old left Manchester United in 2012 due to a lack of opportunity under Alex Ferguson, but the truth is United never under-estimated Pogba’s potential and had planned to gradually ease him into the first team. Ferguson was furious that his agent, Mino Raiola, agitated Pogba’s move and because of his contract conditions, United received almost nothing in return for losing such a gem to the Turin club. Of course, Antonio Conte made Pogba a better player in his time at Juventus, but the fact that they almost let him slip through their fingers has now come back to haunt United, having failed to insert a buy-back clause during his previous stint. It has proven to be a costly exercise. As it stands, the spending of both Manchester clubs now well exceeds £150 million, making them easy targets under UEFA’s Financial Fair Play regulation. United signed four players with total spending for the Red Devils at £157.25 million. Free agent Zlatan Ibrahimovic cost United nothing, but his staggering signing fee and salary will reflect in their future financial report. Meanwhile, City has spent £162.35 million this summer with four players valued higher than £20 million. Both Stones and Leroy Sané cost more than £40 million.

The way the Premier League clubs splashed cash in the transfer window reflects how wealthy they are with the new TV deal kicking in this season, but also showed how competitive the domestic league is. With almost all of the top clubs, aside from Arsenal, making drastic changes this summer in the desperate pursuit of regaining their dominance, the transfer situation in England is a sign of the times.