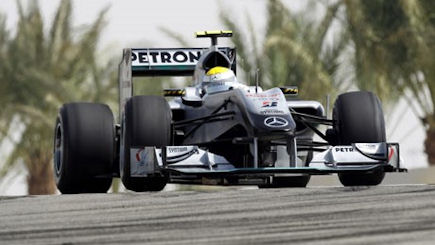 Another big weekend of sport awaits and we’re going to start the weekend’s betting by jumping ahead a few days to the Premier League clash between Chelsea and champions Leicester City. Having wrapped up the title a fortnight ago, Leicester can now enjoy their final game of the season and we expect them to put on a show against the former trophy holders. Once again we like the Draw No Bet option.

Guangzhou Evergrande’s recent surge in form sees them play host to Hebei Zhongi on Saturday night sitting one point clear of their nearest rival at the top of the Chinese Super League ladder. Since losing their first game of the season, Guangzhou have now won seven in a row and we’re expecting a very comfortable victory again here.

Finally we’re off to Barcelona for the Spanish Formula 1 Grand Prix on Sunday and we see no reason to jump off the Nico Rosberg bandwagon. Rosberg has been Mercedes’ number two driver for the past two seasons behind Lewis Hamilton but has dominated all comers in 2016 with four wins from four starts. High on confidence, we’re tipping him to make it five from five.