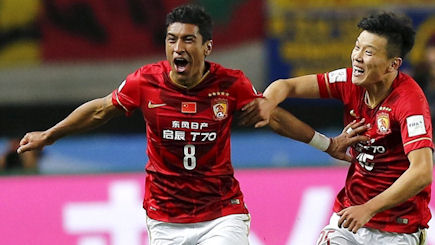 We kick-off the weekend’s action in Australia for the annual rugby league Test match between Australia and New Zealand. The Kiwis won the mid-season Test last year for the first time in 15 attempts but their task looks a difficult one this time around. They have a huge number of players unavailable through injury or suspension while Australia has no such concerns. This is looming as a long night for New Zealand.

It’s been quite a revival from Newcastle United under new manager Rafa Benitez. Two wins and a draw form their past three outings has seen them move out of the relegation zone and they have the opportunity to just about secure their safety against last-placed Aston Villa this weekend. Despite Villa scoring a rare win last week, Newcastle are playing with plenty of confidence and we like their chances of taking all three points.

Finally we’re heading back to China on Sunday as Hangzhou Greentown host league leaders Guangzhou Evergrande. Guangzhou have been unstoppable recently, with five consecutive wins in the league and a 1-0 result over Sydney FC this week in the Asian Champions League. We’re expecting a comfortable win again on Sunday.