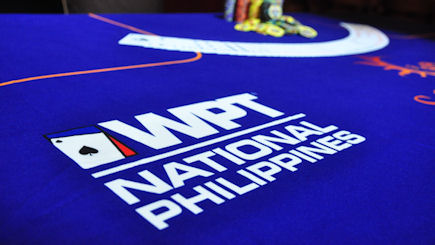 The World Poker Tour has announced that WPT National Philippines will return to Manila Bay’s Solaire Resort & Casino in 2016 with a completely revamped schedule that includes the event moving to a brand new January time slot in the annual poker calendar.

Having previously been held in October in 2014 and August this year, the new dates will see WPT National Philippines run from 2 to 8 January with the US$1,650 Main Event kicking off on 4 January.

However, most interest will surround the new US$200,000 Super High Roller event which will be the largest buy-in tournament in WPT history. Poker operations at Solaire were taken over by Winfred Yu’s Poker King Club earlier this year and it has since become the primary home of the famed “Big Game” where the likes of poker guns Phil Ivey, Tom Dwan, Sam Trickett and local gaming kingpins Richard Yong and Paul Phua – who are currently banned from entering Macau – play the biggest cash game in the world. Yong has already been confirmed for the new Super High Roller event.

Yu said, “We at Poker King Club always aim to push the boundaries of poker, which led to us being named the ‘Home of the World’s Biggest Game.’ That aim is now coming to WPT National Philippines with a Super High Roller and we are happy to add the gravitas of well-known poker players into that mix.