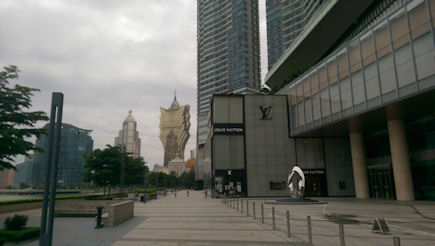 The next wave of integrated resorts to open in Macau over the next 18 months must diversify its retail offerings if they are to succeed, according to a panel of industry experts. They include a fall in retail revenues by as much as 40 percent and the over-proliferation of luxury brands which have diluted their elite reputation.

“Macau currently has around 5 million square feet of retail but there is another 2.5 million square feet coming, so that’s an increase of 50 percent which is a huge number,” said Bradstreet, who was responsible for filling the Venetian’s vast retail space when it opened in 2007.

“Finding retailers to fill that new space is going to be tougher than ever. The luxury brands won’t come because they already have too many stores across Asia, so these new malls will need to look at attracting some different brands that appeal to the new generation of visitor coming to Macau in the next few years.” Dr Zeman said that tourists looking to shop currently had no incentive to choose Macau because the luxury brands that dominate the city’s retail space such as Gucci, Louis Vuitton and Cartier can also be found in every major city across Asia.

With The Parisian, Wynn Palace, MGM Cotai, The 13 and Lisboa Palace all set to open by the end of 2017, non-gaming offerings are expected to become increasingly important to Macau’s long-term future.