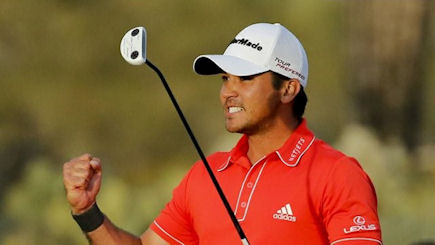 With the 2015 FedEx Cup concluding at this weekend’s Tour Championships at East Lake, the question must be asked: are we witnessing the birth of golf’s greatest ever era? It was only a few years ago we were lamenting the sad demise of Tiger Woods and wondering just how long it might be before we saw another player capable of such dominance on the golf course. With 14 majors to his name, it will still take someone special to display similar longevity but the exploits of Rory McIlroy, Jordan Spieth and Jason Day over the past two years have reached a level nobody saw coming.

We recently published an article in our Jul/Aug 2015 issue of WGM naming McIlroy v Spieth as golf’s next great rivalry and highlighting and highlighting the fact that at 26 and 22 years of age respectively, their incredible feats have them keeping pace with the best players of all time (namely Woods and Jack Nicklaus).

Now it seems we have a third contender following Day’s phenomenal run of form which saw him take over the world number one ranking after winning the BMW Championship overnight.

The 27-year-old Australian has now won four of his past six tournaments on the PGA Tour including his first major at the US PGA as well as the Canadian Open and the Barclays.

McIlroy and Spieth have both embarked on amazing runs of late, with McIlroy winning three tournaments in a row including two majors in 2014 and Spieth winning two of his own – as well as finishing top four in all four majors – this season. But even Spieth has been in awe at Day’s recent performances. “I feel like I should be paying to come watch some of this,” he said. “It’s special.”

The trio now head to the final leg of the FedEx Cup – the Tour Championships – next week to shoot it out with a prize of US$10 million awaiting whoever finished the weekend on top of the points standings. What a battle it will be.

For most of us, the dream of becoming a professional athlete will be thwarted by our complete lack...

In our last golf tip, we looked at how to implement a smooth one piece takeaway. This time we will...

In our introductory article we looked at building fundamentals into our set up to create a good...

There was a time not so long ago when the thought of a golfing world without Tiger Woods had PGA...