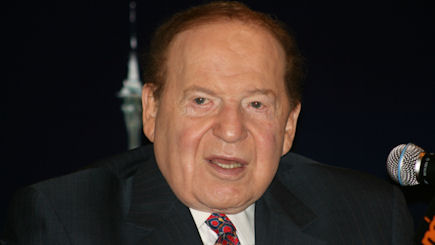 In a statement to the Hong Kong Stock Exchange, the board of Sands China Ltd said, “On or about May 31, 2016, the parties to the Proceedings reached a comprehensive and confidential settlement through which Mr Jacobs dismissed all claims in the Nevada state and federal cases against our controlling shareholder, Las Vegas Sands Corp, the Company, our subsidiary Venetian Macau Limited, and Mr. Sheldon Gary Adelson and released all claims as of that date.” It ends a protracted legal fight that began in 2010 following Mr Jacobs’ departure from the company in which he accused Mr Adelson of ordering him to obtain unfavorable evidence on government officials that could then be used as leverage against them.

Adelson has always denied the claims, however the resulting investigation by US authorities did result in Sands recently agreeing to pay another US$9 million settlement for failing to properly document its business activities in Macau and China.

The company’s settlement with Mr Jacobs, for an undisclosed amount, comes after the Nevada Supreme Court declared the trial would go ahead later this year.